Mr. Pierre Trudeau, former Prime Minister of Canada, officially established diplomatic relations with China in 1970, making Canada the first Western power to recognize the People’s Republic of China and making historic contributions to the China-Canada diplomatic relations. In order to commemorate the late Prime Minister Trudeau and encourage universities to cultivate more talents like Mr. Pierre Elliott Trudeau, who had lofty visions and was willing to contribute to the China-Canada friendship as well as world peace and justice, Mr. Zhang Bin (President of the China Cultural Industry Association) and Mr. Niu Gensheng (Honorary President of the China Cultural Industry Association) established a Trudeau Education Fund in Canada’s Université de Montréal. At the invitation of the Université de Montréal and the Trudeau Foundation, the delegation of China Cultural Industry Association attended the Signing Ceremony and delivered a speech on 1 June 2016. Distinguished guests to the ceremony also include Mr. Peng Jingtao (Consul-General of Chinese Consulate-General in Montreal), Ms. Yang Xinyu (Minister Counsellor of Education of Chinese Embassy in China), Mr. Guy Breton (Rector of the Université de Montréal), and Mr. Mr. Alexandre Trudeau (Director of Trudeau Foundation).

President Zhang Bin said in his speech that Doctor Bethune and Prime Minister Trudeau are two representative figures of China-Canada friendship. By establishing diplomatic ties between China and Canada and upholding the principle of friendship toward China, Prime Minister Trudeau lives in the respectful memories of Chinese people. The excellent education provided by the Université de Montréal established Mr. Pierre Trudeau’s faith in seeking justice and peace and cultivated his outstanding political capacity, helping him become a renowned leader in the history of Canada. That’s why we want to establish an Education Fund in the Université de Montréal to help cultivating more extraordinary talents with the spirit of internationalism.

Honorary President Niu Gensheng said that he hoped there will be more opportunities for working with Canada in the charity field, and that by investing in the culture and education sectors we would encourage young people to pursue fairness and justice and to carry forward the spirits of dedication and commitment.

Mr. Guy Breton, Rector of Université de Montréal, said that the Law School and the Université de Montréal as a whole were grateful to the generous donations from China, and that the said Education Fund would be used for encouraging university students to learn from Prime Minister Trudeau, for promoting further exchanges and cooperation between China and Canada in legal, cultural and academic fields, and for making contributions to the on-going friendship between the two countries.

Mr. Alexandre Trudeau, Director of the Trudeau Foundation, said that undeniably China had become one of the world leaders in terms of economy and regime, that China had become a model for countries around the world, that this fully demonstrated the foresightedness of Mr. Pierre Trudeau several decades before, and that the establishment of Trudeau Education Fund symbolized the continuous development of China-Canada friendship.

Mainstream media like the Canadian Broadcasting Corporation attended and witnessed the signing ceremony. They also made exclusive interviews with President Zhang Bin. 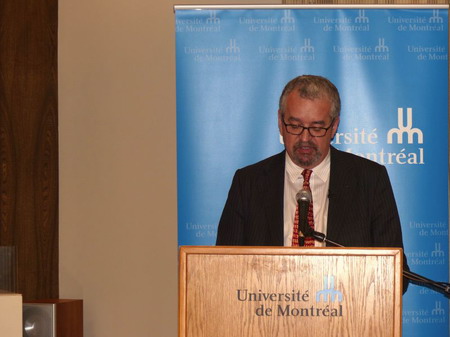 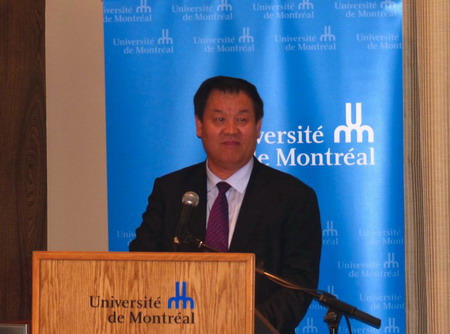 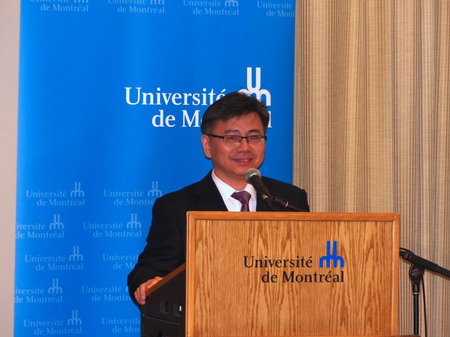 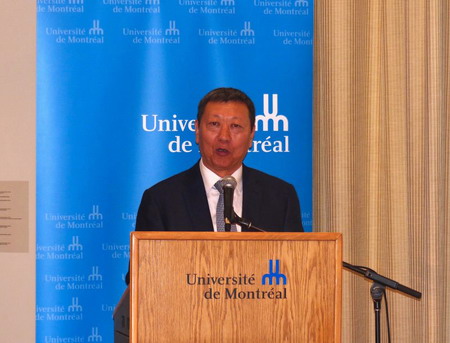 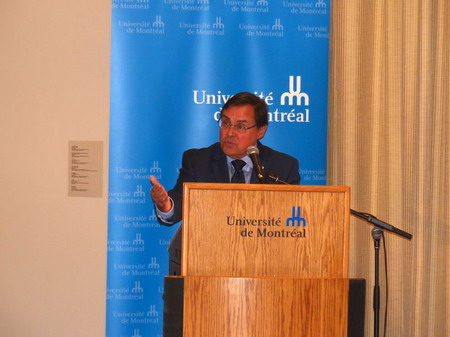 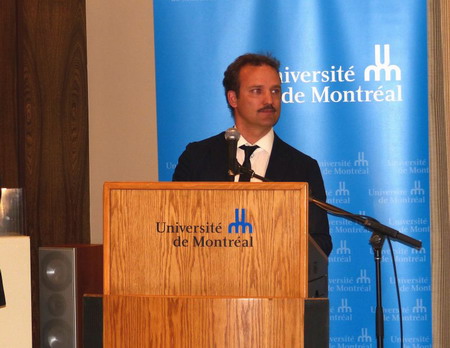 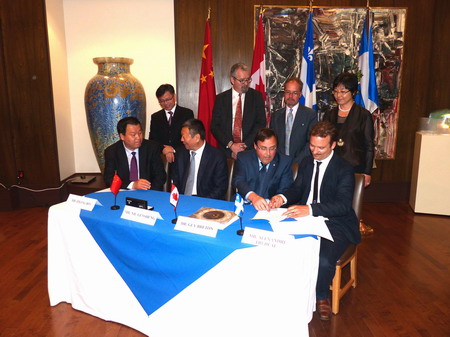 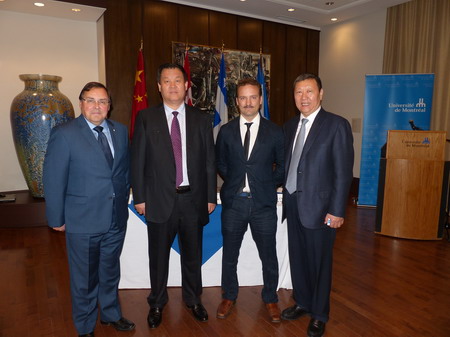